The National Institute of Drug Abuse (NIDA) provides excellent educational materials on how alcohol and drugs affect the brain and central nervous system.  The following information is provided by NIDA in their “Mind Over Matter” series and in their “The Science of Addiction” booklet.1,2

The brain is an incredibly complex organ.  Although the brain only weighs about three pounds, it controls thoughts, feelings, and bodily functions.  Each of the major regions of the brain controls functions that are vital to our survival and health.  Alcohol and drugs cause havoc with the functioning of our brain and nervous system and can result in addiction and many other problems.1,2

The major regions of the brain and the functions performed by each region are as follows: 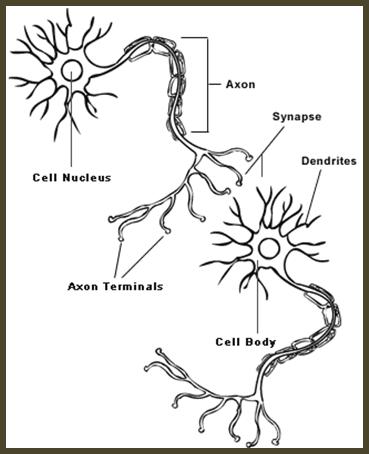 The brain is composed of billions of nerve cells called neurons.  Neurons are used by the brain and nervous system to form communication pathways.  Alcohol and drugs affect the way our nerve cells, or neurons, transmit and receive messages.  Nerve cells are composed of three main parts: 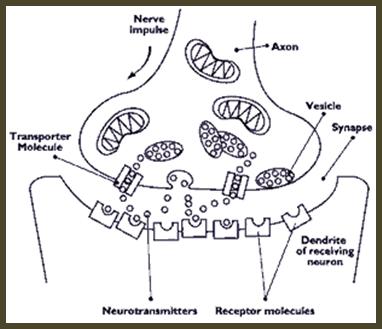 Neurons and their accompanying axons and dendrites are close together.  The space between the transmitting axons of one neuron and the receiving dendrites of another is called a synapse.  The axons of a sending neuron transmit messages to the dendrites of a nearby receiving neuron or to body tissues through a process called neurotransmission.  In the process of neurotransmission, chemical substances, known as neurotransmitters, are released by the axons of the sending neuron and are received by the receptor molecules in the dendrites of the receiving neuron.  Neurotransmitters are stored in the vesicles of the axons and are released from and reabsorbed into the axon by transporter molecules.1,2

After drinking just one alcoholic beverage or using drugs, judgment and skill begin to be affected.  With alcohol, within a few minutes after consuming that first drink, alcohol travels from the stomach, to the blood stream, then to the brain.  And once in the brain, alcohol affects those areas that control judgment and skill.3,4

While alcohol can be consumed quickly, it takes significant time to eliminate the alcohol from our bodies.  Blood Alcohol Level (BAL) is a measure of the amount of alcohol in a person’s body.  The only thing that decreases BAL is time.  People have tried many ways to speed the process of sobering up and reducing BAL:  cold showers, exercise, and black coffee are a few of the most popular attempted remedies.  While these measures may make a person feel a little better, they do not reduce impairment time, and as many have noted, the only thing these mythical remedies do is provide a “clean, tired, wide-awake” impaired person. 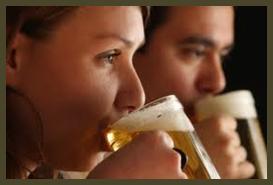 The body uses oxidation and elimination (going to the bathroom) to get rid of alcohol.  The liver performs the oxidation process for the body, and approximately 90% of alcohol is processed in this manner.  Each hour the body processes about three-fourths of a standard sized drink; however, this depends on weight, gender, and other factors.  Using this guideline, it takes at least 80 minutes for the body to get rid of the negative effects of a single drink.  Therefore, even if a person consumes just one drink per hour, his or her BAL will continue to climb.3,4,5

The following chart shows how long it takes for a person to process and get rid of the negative effects of consuming alcohol:

According to Florida law, a driver is presumed to be impaired with a blood alcohol level (BAL) of .08.  As this chart indicates, if your BAL is at the presumptive limit of .08, it will take over 5 hours for your body to process and eliminate the alcohol from your system.  About half of the drivers involved in fatal crashes involving alcohol have a BAL of .15 or higher, about twice the presumptive limit of .08.  With a BAL of .15, it could take 10 to 12 hours to process the alcohol from your system.  If a person comes home at 2:00 AM after consuming alcohol, then gets a few hours of sleep, wakes up, showers, and has breakfast and coffee, that person would still be very impaired when driving to school or work.6

In addition to the amount of alcohol consumed, the following factors have an impact on BAL:

Drugs leave the body through a process called metabolism.  Much of the final work of metabolism is done in the liver, where the molecules from food products and drugs are broken down before they are eliminated from our bodies.  Drugs are difficult to break down, and some drugs must be processed through the liver several times before they can be eliminated.  In the process of metabolism, many smaller new products, called metabolites, are formed, and it may take a long time to eliminate these products from our bodies.  For example, it may take 5 days to eliminate the metabolites from marijuana, while the metabolites from alcohol are eliminated in about a day.8