Alcohol and other drug abuse on the judgment of the driver of a motor vehicle and the order of the effects.

Alcohol and drug use degrade a person’s ability to exercise good judgment, including the ability to make the decision not to drive when impaired. 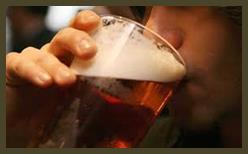 After only one drink, both judgment and skill begin to show signs of decline.  Of these two capabilities, judgment is the most important.  Within a matter of minutes, alcohol travels from the stomach, through the blood stream, and to the brain.  When alcohol reaches the brain, it affects those areas that control judgment and skill.  Alcohol use also reduces a person’s inhibitions, which may lead to risk-taking behaviors that place the driver, passengers and others on the roadway in grave danger.  Finally, in addition to degrading judgment while driving, alcohol has a very negative impact on judgment exercised before driving.  Poor judgment impairs the potential driver’s ability to know when to stop drinking and may keep him/her from making a proper decision regarding whether or not to get behind the wheel.1,2,3,4

As an example, one of our students, a young woman who was arrested with a BAL of .20, admitted that upon sobering up she could not remember making the decision to drive and could not even remember getting into her vehicle on the evening of her arrest.  In another case which tragically resulted in the death of an impaired young woman who was attempting to drive home after drinking alcohol at a party, several of those who attended the party later claimed that while they knew the young woman was impaired and offered her a ride home, she simply would not accept their offer.

Similarly, drug use can lead to poor decision-making, which may result in a user’s bad decision to drive while impaired.

Alcohol and other drug abuse on the motor skills (reaction time and physical coordination) and vision of the driver of a motor vehicle. 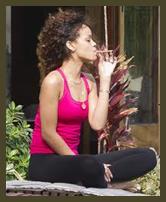 Alcohol and drugs impair our ability to safely operate a motor vehicle.  As we reviewed in the last section, mental functions such as judgment, decision-making, and the ability to think and plan are impacted, and inhibitions are lowered.  In addition, our physical functions such as motor skills, coordination, reaction time, perception, and vision are all degraded as well.

The National Highway Traffic Safety Administration reports that attention, reaction time, and visual function, all factors that impact driving skill, are impaired at Blood Alcohol Levels (BAL) as low as .02, which can be reached after consuming only one shot of liquor, one glass of wine, or one bottle of beer.  Alcohol slows muscular movements and coordination, slows reflexes and reaction time, and impacts vision.  Together, all of these changes cause the impaired driver to lose the ability to properly control a vehicle.3,4

Category of drugs and how they affect the driving task.

Drugs can be divided into three categories:  stimulants, depressants, and hallucinogens.  Although their specific effects are different, drugs from each of these three categories all negatively impact a driver’s ability to safely operate a motor vehicle.

Stimulants (Amphetamines, Methamphetamine, and Cocaine) temporarily speed up or excite the central nervous system causing feelings of alertness, high energy, and overconfidence when, in reality, the user’s body may be quite tired, exhibiting reduced mental and physical abilities due to a lack of sleep.  Some drivers may actually use stimulants to help them stay awake when driving long distances; however, the effect soon wears off, and the user can then become tired very quickly.  Stimulants degrade coordination, concentration, and judgment and may cause drivers to become easily excitable.  Cocaine is addictive and can cause serious consequences during withdrawal.1,2,4,5

Depressants slow down the central nervous system and degrade judgment, reaction time, eyesight, and alertness.  Barbiturates are used to calm nervous conditions and, in addition to the above impacts, may cause the driver to become drowsy and lose consciousness; these negative impacts may last for several hours.  Tranquilizers (Valium, Ativan, and Xanax) are used to treat anxiety, epilepsy, and muscle injuries and can have a very negative effect on a person’s ability to safely operate a motor vehicle.  Narcotic pain medications (Percocet, Vicodin, and Oxycontin) can cause incoherence, dizziness, nausea and vomiting, hallucinations, confusion, and drowsiness.  Do not drive if you are taking narcotic pain medications prescribed by your doctor.  Sleeping pills (Ambien and Lunesta) can cause problems if a person attempts to drive before the effects of the sleeping pill have completely worn off.  Alcohol is also classified as a depressant, and the negative effects associated with drinking alcohol are also present with the other depressant drugs.1,2,4 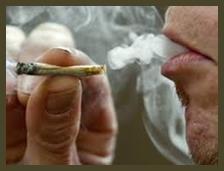 Hallucinogens (LSD, mushrooms, and marijuana) are illegal, mind-altering drugs.  They can cause hallucinations, reality distortions, confusion, perception problems, and impaired judgment and reaction time.  We have included marijuana in this category.  The effects of marijuana use vary widely depending on the person’s mood, frequency of use, and drug strength.  Testing seems to indicate that marijuana use has a major negative impact on a driver’s ability to recognize dangerous situations.  Also, drivers report that using marijuana degrades judgment, concentration, alertness, reaction time, the ability to control a vehicle, and the ability to respond in an emergency.  Some drivers attempt to drive several hours after using marijuana because they believe the effects have worn off; however, this is very dangerous as the negative impacts can last for a very long time.1,2,4,6,7,8

The very first pill, joint, or drink starts the impairment process.  For example, with alcohol, a driver is presumed to be impaired with a blood alcohol level (BAL) of .08, but impairment actually begins well before reaching that level.  As a person’s BAL increases, driving becomes increasingly dangerous.  As you can see, the negative effects start at blood alcohol levels well below .08:

In the state of Florida, you can be convicted of DUI at a BAL lower than .08 if your normal facilities, or abilities to drive safely, are determined to be impaired.  Drinking only one drink will result in a BAL of .02 or higher for the average, 150-pound person.  Therefore, the only way to insure safe, unimpaired driving is to completely avoid drinking before getting behind the wheel of a motor vehicle.1,2,4,9

Some people erroneously believe that it is safe to drive with a BAL that is below .08.  However, the Department of Highway Safety and Motor Vehicles takes the position that safety is compromised when people attempt to drive with even small amounts of alcohol in their systems.  In Florida, a commercial driver caught driving with a BAL of .04 or higher is disqualified from operating a commercial vehicle for a period of one year, and if this happens a second time, the disqualification is permanent.  If these highly experienced drivers lose the privilege to operate a commercial vehicle if caught driving with a BAL of .04, then less experienced and less qualified drivers with non-commercial licenses should avoid driving after drinking as well.10 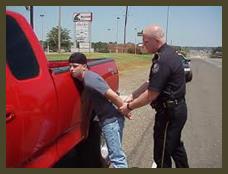 Ways to avoid driving impaired (don’t drink if you will drive, designated driver, call a cab, call a friend, stay over, etc.)

In this section, we will review strategies to help you avoid driving while impaired.  Of course, if you are younger than 21 years of age, the best way to stop impaired driving is to obey the law and to avoid underage drinking altogether. 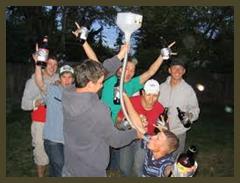 If, as an underage person, you decide to violate the law by consuming alcohol, you must exercise enough good judgment to avoid getting behind the wheel of a car.  Unfortunately, as we have discussed, even one alcoholic beverage will impair your judgment.  Some drivers try to reduce the negative effects of alcohol by drinking slowly, setting limits on drinking, trying not to match drinks with others, being aware of their own signs of impairment, and switching to non-alcoholic beverages a few hours before driving.  While all of these steps may help to reduce your blood alcohol level, they will not guarantee unimpaired driving.1,2

There are several other methods to separate drinking and driving.  Planning to use one of these methods will require that you retain enough judgment, after drinking, to do the right thing and carry out the plan.